Last week, Los Angeles, CA roots-reggae champions Arise Roots released “Come And Get It,” the lead single from their eagerly anticipated new album dropping early next year on Ineffable Music. Aside from being a killer tune in its own right (always the case regarding new music from this top-ranking group), the track has the notable and, frankly, historical distinction of being the first recording to feature two of the American Reggae scene’s best known figures: Kyle McDonald of Slightly Stoopid, and Eric Rachmany of Rebelution.

Although it may surprise some to hear that these two pillars of the modern scene have never before collaborated on a song, it makes perfect sense that Arise Roots would be the first band to get the pair together, given the great affinity both featured artists have for the style of heavily Jamaican-influenced roots the band specializes in. 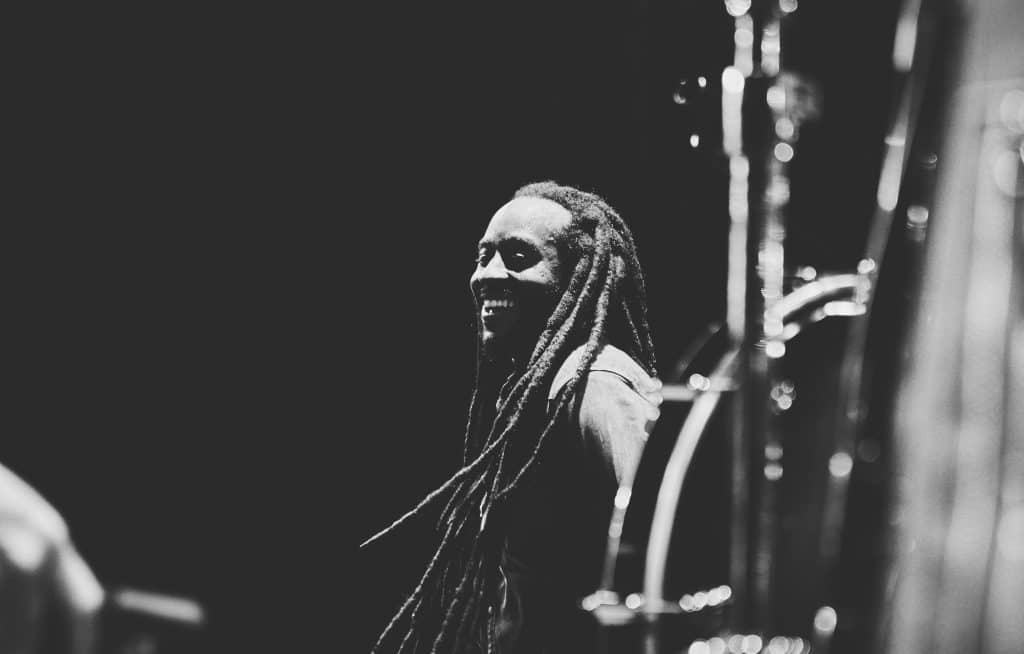 We reached out to Arise Roots’ vocalist and lyricist Karim Israel to ask about the new tune and the experience of working with Eric and Kyle. Karim told us:

“‘Come And Get It” was about two years in the making, starting from the initial concept of the song to its release. So needless to say, we have been patiently waiting a long time for people to finally hear it.

It started with a little melody that I had in my head that I just couldn’t shake. I took the idea to producer and good friend Gary Larason “Big G Productions” and he fleshed out a dope riddim for us. Around that same time I had run into both Kyle and Eric at a benefit concert that we were a part of down in San Diego. Both Eric and Kyle ended up jumping onstage with us that night for an impromptu jam session that was pretty freakin epic. The vibe was so real and so genuine that afterwards I talked to both of them about collaborating on a track. The possibility for “Come And Get It” started to fall into place.

Over the course of the next year we received verses from both Kyle and Eric and began actively constructing the song the way we envisioned it. Eric actually recorded his verse with us at 17th Street Studio. I had the biggest, goofiest smile on my face the whole time he was in the booth because the reality of the song coming together was unfolding in front of my eyes.

I remember being at Reggae Rise Up Florida the morning we got Kyle’s verse. I woke up to his text and was so excited that I ran out of the hotel to find the guys. They were next door at Denny’s so I played it out loud on my boombox right inside Denny’s lobby LOL!

The whole time we had no idea that they had never been on a song together before. It wasn’t until a couple of weeks ago that we were alerted to that feat and were completely blown away by it. We had no clue we were making history; we just wanted to capture an awesome vibe on record. We couldn’t be any happier with the way the song came out and with the response that we have been receiving thus far.

We are very thankful to Kyle and Eric for contributing their dopeness to the record and we are super excited for the release of our new album through Ineffable Music in 2020!”

Have fun blasting the new Arise Roots single “Come And Get It,” and be on the lookout for more singles to come in the months leading up to the record release.