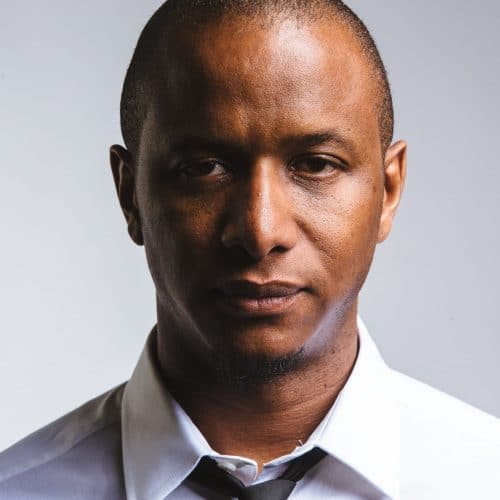 Amp Live has cemented a reputation as one of Cali’s most versatile and prolific producer-DJ double-threats. His demonstrated abilities as an innovator, experimenter, and trendsetter have garnered him recognition, bringing together the Electronic, Reggae and Hip-Hop worlds with a technical and classical sensibility. In addition to a steadfast solo career and lengthy tenure with Zion I, Amp recently co-founded Unified Highway with Rebelution’s Eric Rachmany, and also has a collab project with Del the Funky Homosapien. He has produced Linkin Park, Bassnectar, Akon, Collie Buddz, The Submarines, MGMT, Goapele, and Atmosphere, as well as an official authorized Radiohead In Rainbows remix album.

Born in Texas, Amp Live relocated to California in the mid-1990s where he formed Zion I with Zumbi (fka MC Zion). The group would be deeply influential to the Underground Hip-Hop and DIY wave, playing shows, releasing cult-celebrated tapes, 12” singles, and handfuls of albums. Amp’s role as producer and DJ trail-blazed the group with an Electronic backbone in the sample era. With rich musicality, the Oakland-based duo would be championed in Hip-Hop circles as well as embraced within EDM pockets, long before the term existed. They worked with Too Short, Talib Kweli, and Macklemore, among others. Amp stepped away to pursue new endeavors and began releasing solo side efforts in 2015 with Headphone Concerto, his first solo LP. On this project he captivated listeners by fusing traditional classical music, focusing on the cello, with cutting edge electronic production. Amp notes a creative rebirth. “I used to feel like I was in a box. Even though that box was cool and successful, I didn’t feel like I had a voice. ‘Cause I don’t rap, I don’t sing. Basically, whoever I’m with, what they say is my voice in a way. People can interpret beats in any way, but with lyrics, it is pretty straightforward.” Amp Live is playing with vocals in some of his current creations, which fuse Bass Music with Hip-Hop, in addition to his Electronic-Reggae outfit, Unified Highway. “It’s been hard building things back up, but I’m in a way better mental place. I can do whatever I want; I feel free.”

Moving into 2018, Amp Live has already began strong and focused by lining up a series of musical masterpieces to be released. His Divine Delay EP will be the first of his 3 EP series spread throughout the year. Following that first EP also will be the release of Gate 13, his first collab album with Del the Funky Homosapien. As a part-time instructor at the Los Angeles Film School, Amp Live embraces the future, just as he does with sound, through mentoring the creators of tomorrow in a year-long class. Like the music he is part of these days, his spirit is strong and positive. At an age where boxes and labels are more and more meaningless, the forward-thinking, far-reaching talents of Amp Live are reborn.