If you listen to the continually evolving Rootfire Progressive Roots Playlist, a wicked little dub number titled “Sunny Tubby” may have recently caught your ear. Its playful bassline, meandering organ and smooth saxophone may have transported you back to a bustling Kingston street corner, circa 1970-something, which, in turn, may have prompted you to click on the likely unfamiliar artist name, Pyrotechnist, or the album name, Dub Rocketry. You’d likely have been stoked to see that Dub Rocketry offered another nine delicious ditties to quench your thirst for dub, but at that point your search for knowledge about the artist would have come to a screeching halt.  Maybe you loved Dub Rocketry so much that you took your search to Facebook, but this didn’t yield much information about Pyrotechnist, other than the assertion that they were an “old-fashioned dub duo.”

Fear not, Rootfire is here to illuminate you.

Pyrotechnist’s story starts with Moon Invaders, a Belgian ska/reggae outfit that would undoubtedly please any fans of The Aggrolites or The Slackers. In fact, after Moon Invaders split in 2014, former drummer, Nico Leonard, who actually drums for The Aggrolites on their European tour dates, and former guitarist, Pierre Haegeli, had reconnected at a Slackers show where they hatched a plan to experiment on a dub project together at Nico’s studio, the Pum Pum Hotel.

Named for the building’s location within the red light district of Charleroi, Belgium, Pum Pum Hotel’s vast collection of analog equipment and antique mics and instruments make it the perfect place for musicians looking to reproduce a vintage sound. At Pum Pum, recording artists can lay down the beats and tones of a Ludwig Down Beat 1967 drum kit along with a Wurlitzer 200A, Hammond X5 or Philicorda onto a Tascam MS-16 tape recorder and mix it all through a Trident 65 console. When it comes to percussion, Pum Pum’s array of instruments would make National Geographic proud, from a shekere to a guiro, from a Sengalese djembe to a Cuban bata, including Canadian spoons, Chinese woodblocks, or even a Jamaican rum bottle. Should someone be searching for that unique snap that only Aboriginal clapsticks can provide, Pum Pum’s got ‘em.

Recording began with Nico on drums and Pierre playing bass. Next, Nico added keyboard, melodica and percussion while Pierre added the guitars. The brass came later courtesy of their former Moon Invaders bandmates, David Loos and Rolf Langsjoen on the sax and trumpet, respectively.

After the final dub mixes were completed about a year later, they released the Dub Rocketry album with the help of Chuck Wren on his Jump Up Records label out of Chicago.

The musicians enjoyed themselves so much creating Dub Rocketry, they decided to fire up the Trident 65 again, this time releasing their new album, titled Fire Crackers, on their own label Badasonic Records. To date, Badasonic has released recordings by, among others, The Slackers and ¨supergroup¨ Reggae Workers of the World, the latter consisting of Nico, Vic Ruggiero of The Slackers and Jesse Wagner, singer of The Aggrolites. In fact, Badasonic was actually named from Jesse Wagner’s penchant for saying, “That sounds bad ass!” during recording sessions.

Today, Rootfire is excited to shine the spotlight on Fire Crackers, Pyrotechnist’s second full length album, hot off the presses and released merely hours ago. If you like your reggae inna retro stylee, instrumental, mirthful yet chill and kinda trippy, then this album is for you! 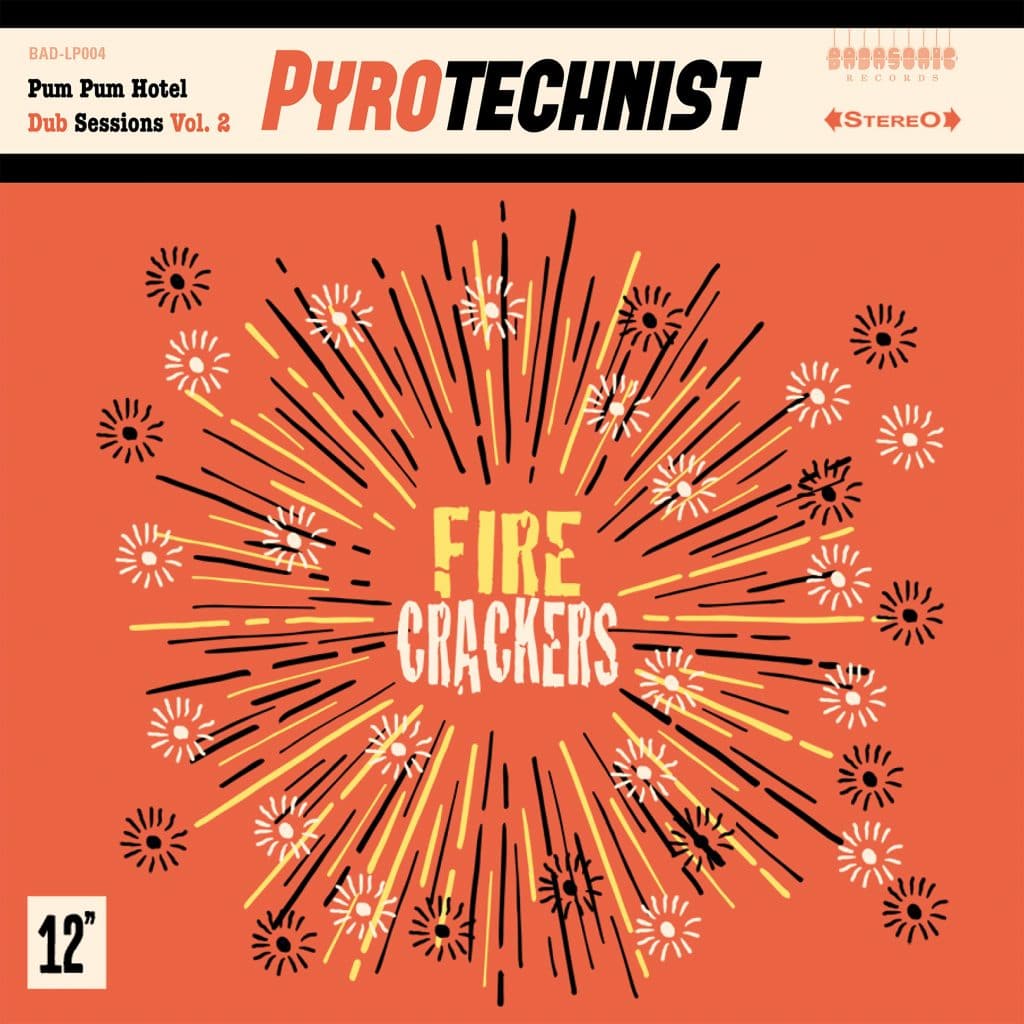