Wait a second – time out. Summer is less than two weeks away and I’m only writing about spring now? What gives?

Given the unusually cold and even wetter than normal couple of months we’ve had in the Northeast, it’s only really begun to feel like spring for a couple of weeks now.  Despite the fact that in this area of the country this season traditionally encompasses a lot of rain, most people associate spring with a rise in temperatures and — most importantly —  the blooming of trees and flowers, even if it seems to take longer and longer to occur each year. Sure, March comes in like a lion and goes out like a lamb and April showers beget May flowers, but the first thing that typically comes to mind for most people regarding spring are the blossoms. 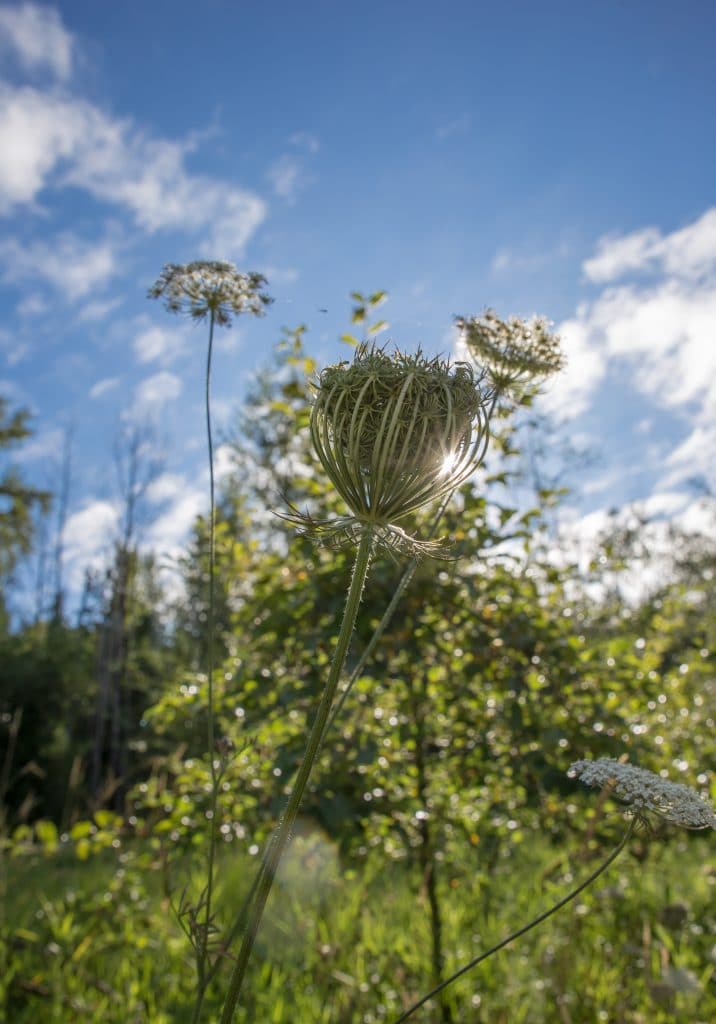 Not only are the plants coming to life, but birds return from their southern sojourn, animals awake from hibernation and in a sense, humans do too! Go to the park on the first warm day of spring and you’ll no doubt find people running, rollerblading, skateboarding, playing soccer and baseball, tossing a frisbee, practicing yoga and tai chi, and countless other activities that the cold, dark winter prohibited them from enjoying. Suddenly, the calendar ignites with parties, commemorations and other social engagements and with the additional daylight, everyone seems to get more accomplished.

While a good portion of spring pretty much mimics winter while offering only a slight improvement, the glory spring receives can be attributed to one major difference – anticipation. It may be 50 degrees, overcast and rainy (as much of our spring this year had been), but just knowing that better weather is on the horizon is enough to raise the spirits of many. (Or, if not raise the spirits, at least prevent people from losing their minds.)

It’s kind of like how I feel about Fridays compared to Sundays. Despite the fact that I have to work on Friday and not on Sunday, I actually have a better mindset on Fridays just because I know that two days of leisure will follow. While I do enjoy my time off on Sundays, beneath it all there is a subtle sense of foreboding that I have to get up the next morning for a full week of work.

Spring, a time of relief, rebirth and reverie.

In our accompanying photos, a view through pine trees offers a glimpse into a world coming alive. The green moss lurking under the melting ice shows that Mother Nature’s dormancy has ended, a sign that kinder days await. Fresh streams run full again. Flowers sprout. A cold, misty mountain morning unfolds into a blanket of sunshine over verdant plains and hillsides,  just as the bleak winter eventually gives way to a more benevolent time.

Spring.  A time for starting over, a time of optimism. 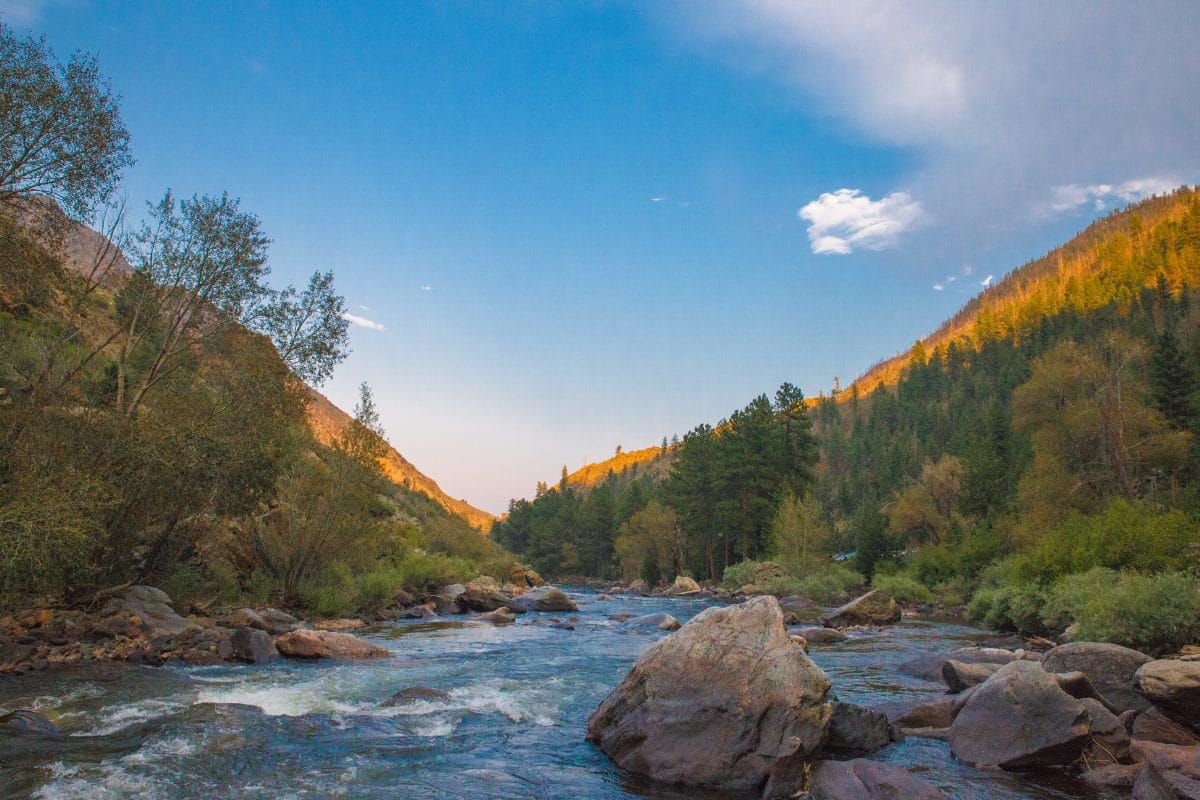 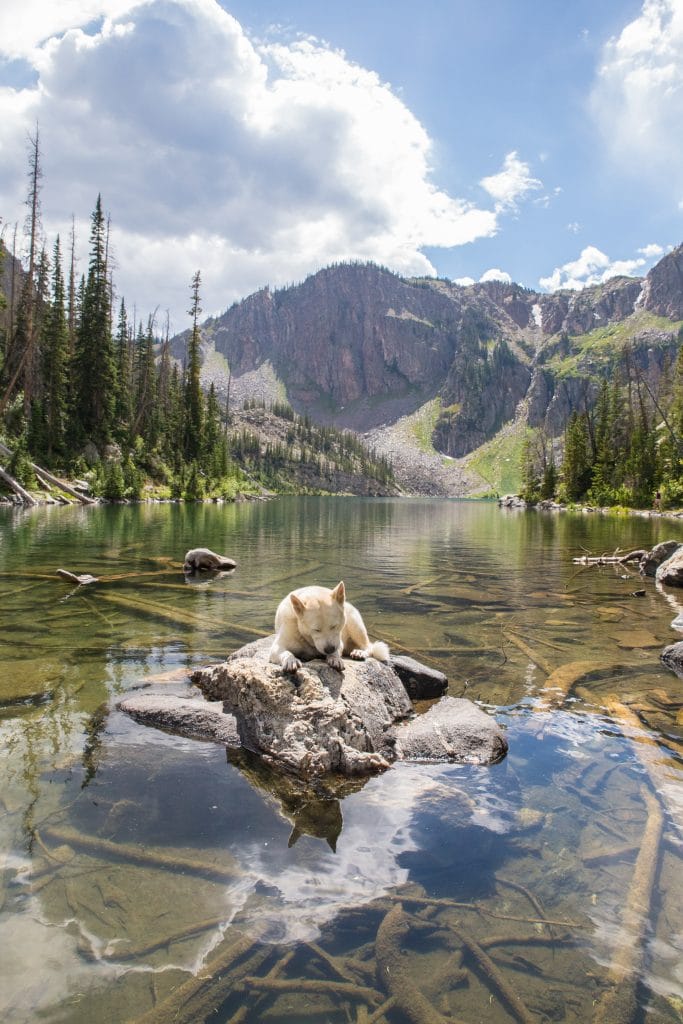 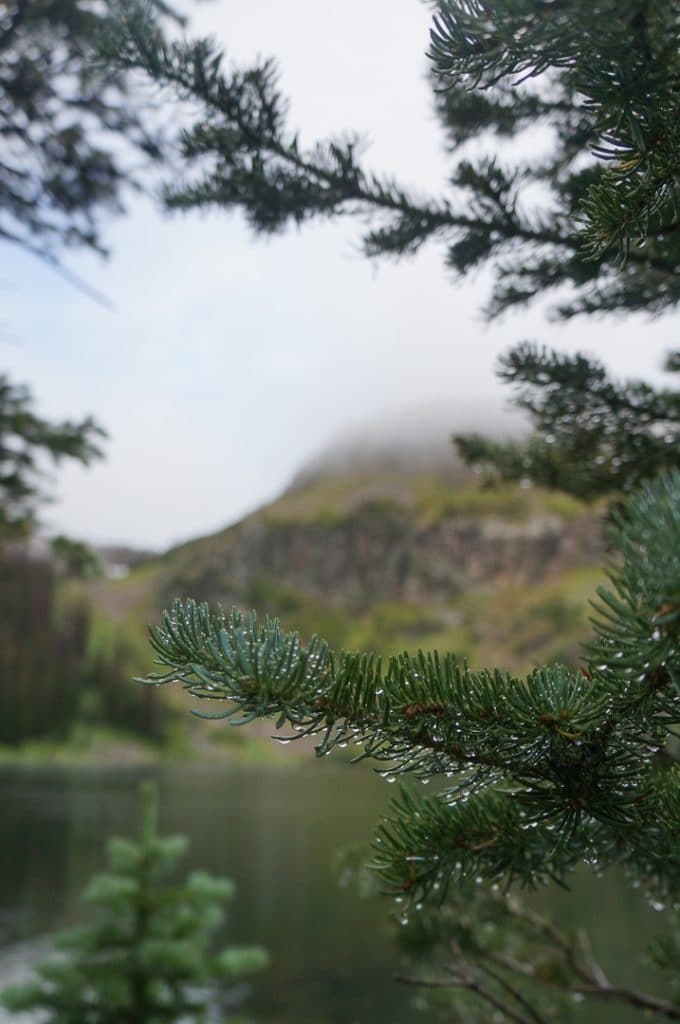 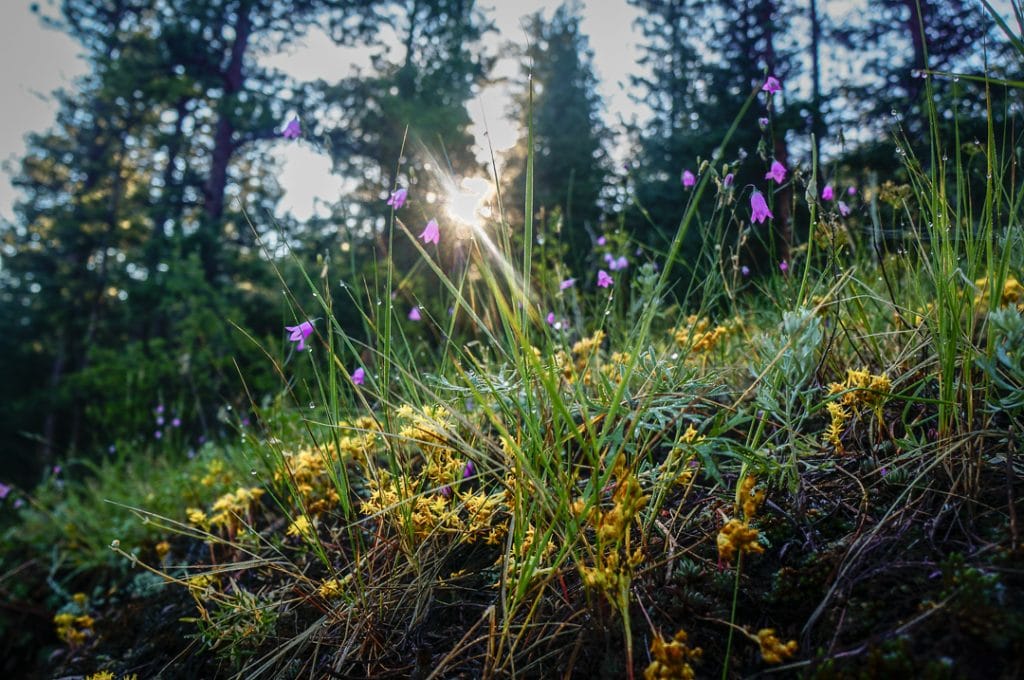 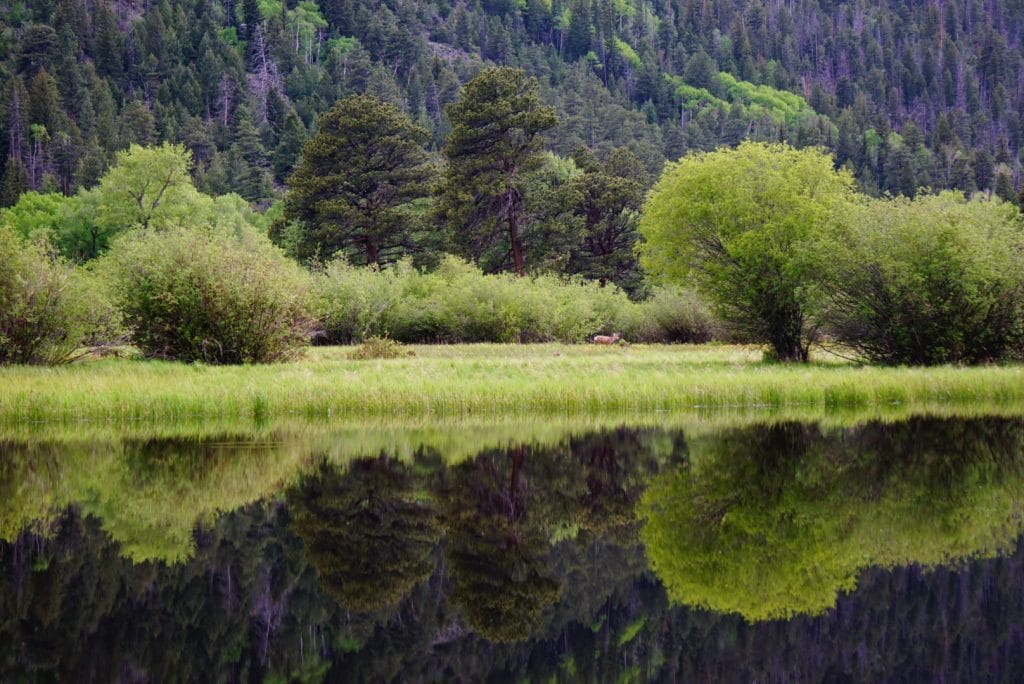 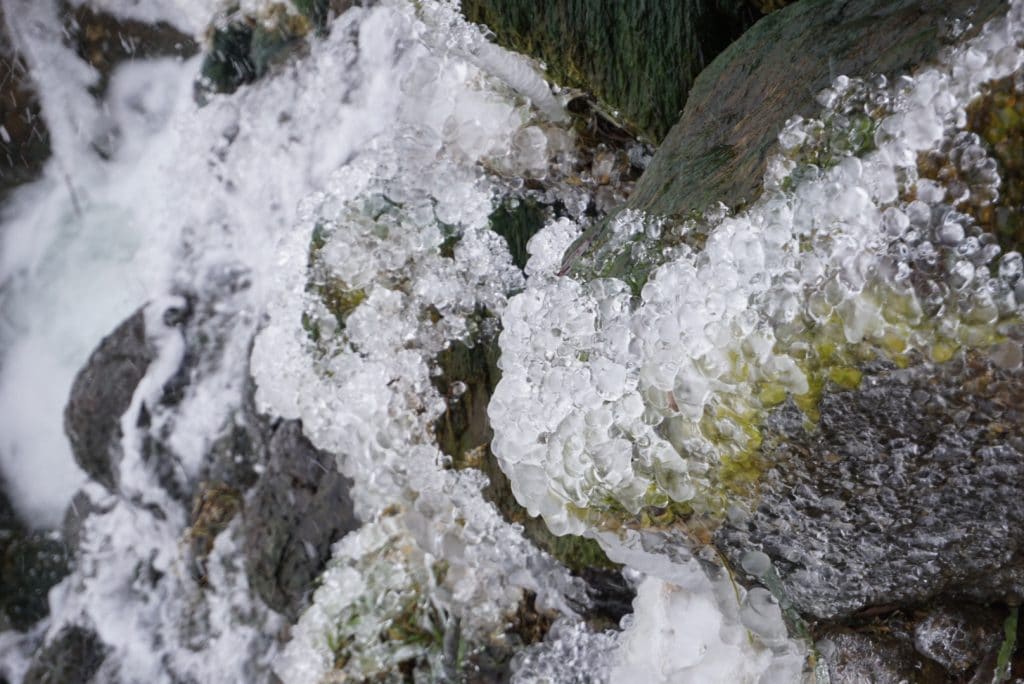 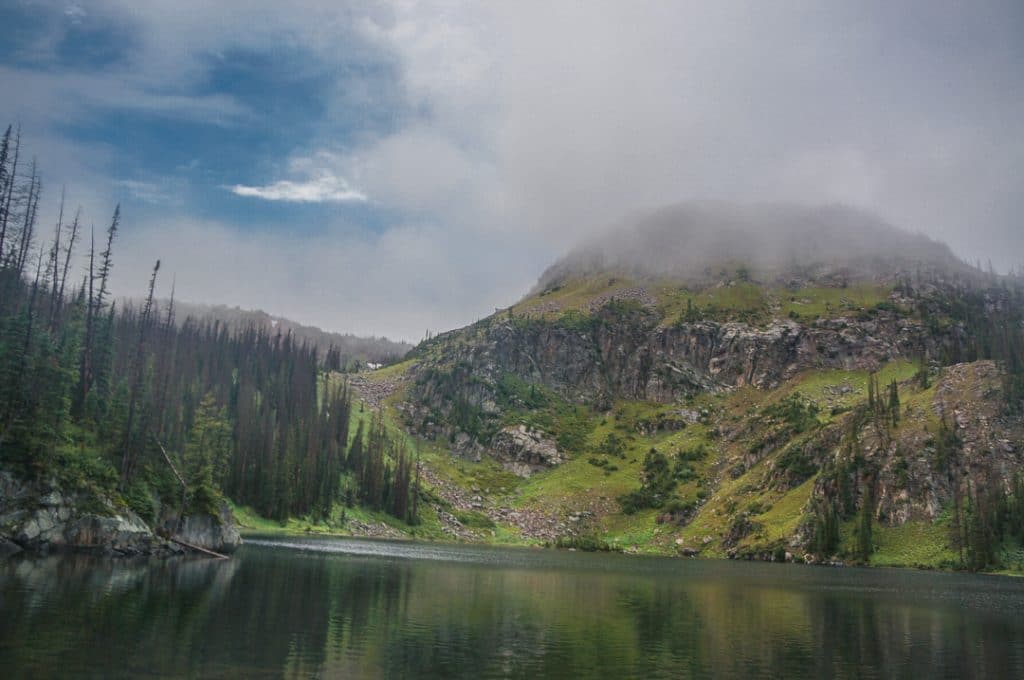 First Watch: The Late Ones – Tell Me Not →