Rootfire is excited to announce that Giant Panda Guerilla Dub Squad‘s latest single “Gotta Make A Livin” was premiered by Relix yesterday. Starting in 1974 as a handmade newsletter devoted to connecting people who recorded Grateful Dead shows, today Relix, a beacon of grassroots success, brings music news to more than 100,000 fans across the USA.

Likewise, the exploding American reggae scene owes its growth to a similar DIY approach. Fueled by passionate, conscious creators, GPGDS leads the way as one of the most innovative and thoughtful bands in the scene. Their music has a rich, introspective depth and vision that reflects the band’s open and intelligent approach to life and living, as evidenced by James Searl’s explanation in the article below about how the song “3 Yellow Dog” was conceived.

Giant Panda Guerilla Dub Squad will release their latest record on September 16 via Rootfire Cooperative. Make It Better is the sixth studio album from the group and GPGDS vocalist/bass player James Searl explains, “There is a lot of intention in this release. We had a purpose to prove to ourselves recording this album. We wanted to know that we could put our heads down and do good work fast. It was a great release artistically. It uniquely sounds the most progressive of anything we have ever done while also sounding the most like our first album.”

Today we premiere “Gotta Make A Living” from the forthcoming record, which is now available for pre-order.

Searl explains the origins of the song:  “A few years ago I was sitting on my couch watching a YouTube documentary on Wu-Tang. I have always loved the Wu and found their inspiration to be long lasting, however I knew very little about their actual story beyond myth and lore. This doc was interesting because it was made by one of their closest friends. The footage was so raw and real. Whoever made it was deep in the Wu DNA and it reminded me of all of our friends who have been around watching us grow, snapping footage here and there, and where these stories might end up some day. At the same time, I read an article about a band in Brooklyn who had been shot to death by an ex-member. They were called Yellow Dog. They were from Iran and had moved to Brooklyn to pursue their artistic dreams. They were younger than me and it saddened me greatly. I know what it is like to be in a band with your brothers and friends. You have to be a bit crazy to dive deep into the pursuit of art as a living lifestyle. Artists make all kinds of sacrifices with friends, time, money, family, and distance but often it feels like it is not a choice. You just have to do it. I get that, and I was really heartbroken to think of these kids who had traveled all the way from Iran, and had sacrificed so much, only to be brought to their end by band chemistry and mental illness that is so often what brings bands together in the first place. So I went downstairs and recorded this Wu inspired beat and called the song “3 Yellow Dog.” The lyrics are a whole other trip. Why can’t we stand up against obvious wrongs? How has the excessive gotten so extreme? How alienated can our hearts become? Well, you gotta make a living. Most of us have our minds on that. And when you die your sins are forgiven anyways right? Well for some of us I guess. Gotta Make a Livin.” 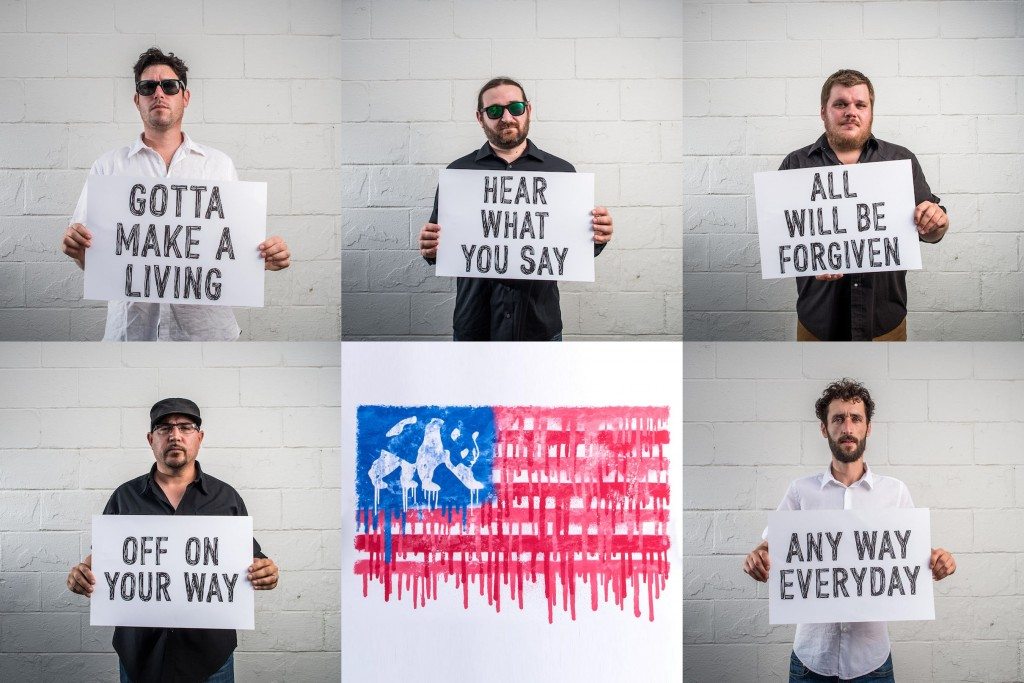 ← Try hard. Do your best. The rest will follow.