Few labels have the sort of brand recognition affiliated with British imprint Trojan Records. Browse Trojan’s artist list and it’s hard to find a prominent Jamaican artist who’s name isn’t there – and equally easy to discover your next new favorite classic. 2018 marks fifty years since Trojan first broke out onto the scene, and today Rootfire is taking a look back at some of what the pioneer label has accomplished. In addition to this retrospect, we offer our readers Don Letts and Turtle Bay Presents Reggae 45 – A 50 Years of Trojan Records Special podcast – an auditory dive into the music and impact of the trend setters at Trojan, coming from a man who grew up within the movement itself.

Let’s start with a look at the curator of the 50 Years of Trojan Records Special. There are few people who are as well suited to navigate the story of Trojan Records as Don Letts. Letts grew up in the UK during the rise in popularity of Jamaican music, identifying with the young working class who’s buying power pushed singles like Dave & Ansel Collins “Double Barrel” up the charts. Letts grew with both the reggae and punk scenes, having a successful career as a musician, DJ and film director, working with acts like Bob Marley, The Clash and Elvis Costello. The son of Jamaican immigrants, Letts was always attracted to the music of Jamaica.

As a DJ, Letts held an influential gig at London’s first punk rock club: The Roxy. A prominent spot for the newly birthed punk movement, Letts spun between sets for the young invigorated youth of London. The thing was, most of these up-and-coming bands were yet to be recorded, leaving the door open for Letts to spin the heavy dub and reggae albums he fancied. Letts is often credited with single-handedly turning on the punk rockers of London to the music of Jamaica, helping plant the seed of Jamaican music into this rapidly growing community of music appreciators who resonated with the anti-Babylon message of dub and reggae. In his 50 Years of Trojan podcast, Letts takes the listener on a personable, informative journey through half a century of music from a label that brought the world the very best of Jamaican music.

In Letts’ own words:

“Trojan provided the soundtrack for the children of Windrush and sowed the seeds for the UK’s love affair with Jamaican music. Most importantly the label was created the same year Enoch Powell made his infamous ‘rivers of blood’ speech and while politicians played on the fears of the old white folk, it was Trojan’s music that united the youth, black and white in the playground on the streets and on the dancefloor. Trojan pre-empted the ‘punky reggae party’ of the late seventies and also kick-started the Two-Tone explosion in the early eighties. In the 21st century the label remains as vital as ever, kept alive in the hearts, minds and feet of the people – respect!”

The Birth of Trojan 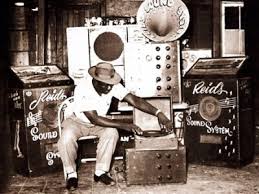 When the Trojan imprint first showed up it was a way for Island Records to showcase the prolific work of rocksteady producer Arthur “Duke” Reid. Known for his Trojan brand truck that housed his crowd pleasing Trojan Sound sound system, Trojan was the obvious name for the imprint carrying his music to the masses.

In 1968, competitors B&C Records and Island Records joined forces to give proper backing to the newly formed Trojan Records. With a focus on singles rather than full-length albums, by 1970 Trojan was pioneering the global spread of Jamaican reggae, having numerous chart hits in the UK from artists like Jimmy Cliff, Lee “Scratch” Perry, Desmond Dekker and more.

Coinciding with the rise of Trojan, the UK’s skinhead movement was defining themselves by rejecting the conservative values of the 1950s. Working-class pride and an alternative value system found the skinheads of 1960s London alining with the mods and rudeboys they shared the impoverished neighborhoods of London with. As these subcultures intertwined, so did their fashions and tastes in music. 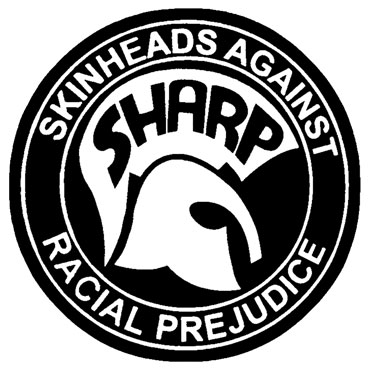 Clubs like The Roxy, where Don Letts could be found spinning dub between punk sets, were a melting pot for the young working-class generation of London – a place where the commonality was style and economics, not race. Trojan Records was the label at the heart of this cultural revolution, providing the soundtrack for a new generation of London youth who took pride in their anti-establishment appearance, values and anti-racist views. Skinheads Against Racial Prejudice, or SHARP, even integrated the Trojan Records logo into their own, with the slight modification of flipping the helmet to face the opposite direction.

Pioneered by bands like The Specials, the ’70s brought on a new breed of ska in the UK. What may seem the obvious result of punk rockers getting turned on to Jamaican music, this second wave of ska, often called “two-tone,” fused elements of classic ska from the ’60s with the harder punk rock sound that had spread across the UK and beyond.

Once again, Trojan found itself at the epicenter of this new movement, with their catalog of golden era ska recordings spiking in popularity as the youth movement continued to grow in defiance of the politics and policies of the UK in the 1970s.

Trojan has seen many faces over its fifty years, but nowadays one of its most familiar appearances is the bountiful collection of Trojan Records Box Sets. From Roots to Dub to Country Reggae, the Trojan catalog’s astounding vastness is expertly broken down into quite literally something for everyone.

These boxsets first began to appear in the late ‘90s, but it was the acquisition of Trojan Records by accountant and avid reggae enthusiast Colin Newman in 1985 that showed the company beginning to dive deep into their extensive archives, solidifying their dominance as a global source for vintage reggae. With a track count numbering in the thousands, Trojan continues to be a formidable resource for endless sub-genres of reggae music.

Trojan Records has been wrapped into a number of catalog sales throughout a handful of high profile record labels. Today it is a subsidiary of BMG, an arm of one of Europe’s largest media companies, Bertelsmann. Navigating the ebbs and flows of an ever-changing music industry, Trojan Records has seen itself grow from the tastemaker label of the anti-racist, anti-establishment working-class youth movement of 1960s London to a global icon synonymous with the word reggae. After fifty years, its roots run only deeper than ever before, providing a collection that sits as the backbone of reggae influenced music across the globe. As the progressive roots movement continues to flourish, in the US and world-wide, we tip our hats to this legendary record label and the legacy it continues to grow. Here’s to the next fifty years of Trojan Records.

Check out the Don Letts and Turtle Bay Presents Reggae 45 podcast, including A 50 Year Trojan Record Special, available on all podcast platforms.